Science in the Big Thicket

The Charter for the Thicket of Diversity 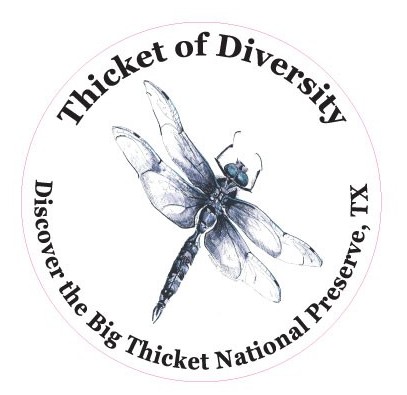 On March 11, 2006 the Big Thicket Association (BTA) established the Thicket of Diversity (ToD) program for conducting an All Taxa Biodiversity Inventory of the Big Thicket National Preserve (BTNP) and ecological significant lands and waters in the Big Thicket region. An Executive Council with sub-committees was established to manage this program. For many years the program functioned with finance, education and outreach, technology and science committees to build the program and accomplish results.

In January 17, 2016 the BTA signed a Work Plan under a Friend’s Agreement with the Big Thicket National Preserve identifying projects, roles, and a schedule to be undertaken by the organization. The Work Plan is revised annually. The Work Plan includes goals and deliverables for the ToD program. The Big Thicket Association supports the goals and objectives of this Work Plan to achieve successful implementation in a timely manner.

In 2018, the Board of Directors re-evaluated the ToD program, management needs and commitment to fulfill the National Park Service Work Plan. On April 14, 2018, the BTA Board voted to disband the Executive Council of ToD and manage the project as a separate Committee as one of the many committees of the BTA.

The ToD Committee will guide, support, and assist in the development and implementation of a thorough inventory of the biodiversity and ecology of life forms in the Big Thicket region.

Section A: The Big Thicket, an area of unique biodiversity and a major corridor for international avian migration, is under increasing threat from natural disasters, population increase accompanied by urban sprawl, changes in land ownership, and increasing numbers of invasive and exotic flora and fauna. These critical circumstances require better knowledge of the many life forms existing in the Big Thicket.

Section B: The Thicket of Diversity Committee is charged with providing recommendations and implementing the All Taxa Biodiversity Inventory, which is a comprehensive inventory of species, in the Big Thicket area.

Section C: The ToD Committee shall have the authority to solicit funds and create such subcommittees as deemed necessary. All policy and financial recommendations shall be submitted to the Big Thicket Association Board of Directors for approval. All funds to support ToD shall be held in the custody of the Association.

Section D: ToD Committee members are strongly encouraged to be members in good standing of BTA but membership is not mandatory.

The Thicket of Diversity Committee shall be composed of:

The ToD committee will be supported by a staff associate of Thicket of Diversity who will be a paid BTA employee reporting to the BTA Executive Director. The staff position duties will be detailed in a job description. The ToD Committee will report directly to the BTA President, Officers and members of the BTA board. Not all committee members are required to be members of the BTA board.

Members of the ToD Committee will declare and avoid possible conflicts of interest by abstaining on decisions involving funds that might be received directly or indirectly by that member. The Committee will maintain written records of any member recusing themselves on a vote.

The ToD Committee is charged with the following duties:

-Identify program vision, goals, objectives and future needs -Develop policies and procedures for ToD program -Identify and seek funding opportunities (including but not limited to grants, contributions, donation of goods and services) to support program staffing, operations and activities -Maintain timely and accurate records on all aspects of the program operation -Assure that the products of ToD are duly reported and recorded in a usable database with the NPS and natural resource databases of local, state, national and world importance. -Recruit and engage academic interests, resource professionals, and knowledgeable resource individuals and groups -Recruit, train and engage citizen scientists, and volunteers -Promote environmental education/nature interpretation with students and the public -In cooperation with the BTNP, develop procedures and guidelines for the operation of the Field Research Station located in Saratoga Texas -In cooperation with BTNP and other landowners, establish procedures and guidelines for field science investigations and emergency preparedness

The ToD standing subcommittees are:

Other subcommittees may be created as needed.